Come Back For Me

One Empath’s Journey to Reclaim the Child Within

In my pictorial memoir, COME BACK FOR ME: One Empath’s Journey to Reclaim the Child Within, I present my personal collection of artwork and narratives created over many years. I share my journey through reversing, retracing, re-parenting and ultimately re-connecting with my true nature, the heart of me that had to be left behind in order to survive my childhood.

Though originally meant as an artistic companion piece supporting the ideas in Fresh Out Of Hell: Escaping the Negative Influences of Toxic Parenting, additional images demanding expression continued to inspire my after that book was published.

My representations of complex emotional states through composited imagery provided a cathartic outlet by prompting me to delve deeply within in order to produce a reflection of my experiences.

We all have heard that a picture is worth a thousand words. So, whether or not you read a single sentence, it is my hope that these images will evoke an emotional response that resonates with truth for the reader. 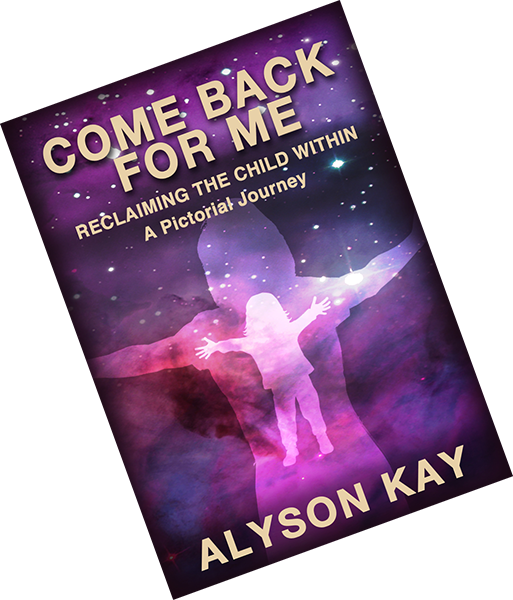 With these images, you might recognize similarities with your own personal journey to healing and know that you are not alone.

Fresh Out of Hell: Escaping the Negative Influences of Toxic Parenting

Writing this book was my desperate attempt to get clarity as to why my life was as unhappy as it was.  I had ambition, I had drive and a will to succeed, but despite my best efforts, none of it was working. I needed to know and understand why this was so. As I persisted in writing through the upset and pain of remembering, I began to see a direct correlation between how negative, emotionally neglectful and unkind parental input, directly influenced and adversely impacted every facet of my life. I also realized that no matter what I did, I would be doomed to failure unless I drastically changed everything I was taught and believed about myself.

In the book, I detail the mindsets and behaviors that had to be changed in order to extricate myself from a life of confusion and misery to finally reclaim my sense of sanity and self. Its completion brought a sense of peace I had never known before and an end to the nightmares, pervasive anger and self-doubt.

It also became important to me that parents would come to understand and become mindful of the great power they wield in their children's lives and future happiness. Children are like sponges and they pick up on negativity and rancor. They have the unique ability to blame themselves for problems in the family. I am hopeful that my work sheds some light on this truth for them as well.

My greatest hope, however, is that that this work touches others from similar backgrounds in order to let them know and understand that there is a way out of the hell of self-devaluation and emotional chaos. 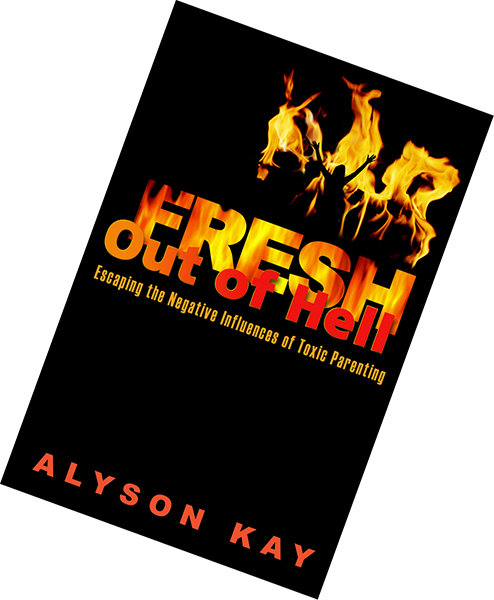 "Fresh Out of Hell is a brave and inspiring story.  It will comfort and give hope and shows through one woman’s struggle, that no matter how negative it was when you were a child, you have the power to change your destiny. I strongly recommend it."