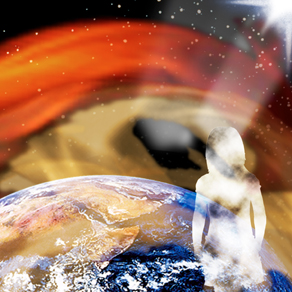 Hell Is Not A Place

I believe there is a hell but it’s not a place. It is a state of belief that dwells within the hearts, minds and spirits of human beings. Hell is perpetuated by the seamless, invisible transference of dysfunction, ignorance, cruelty, fear and intolerance handed down from one generation to the next, without question, conscience or examination.

It is this juggernaut of misbeliefs, repeated over and over ad-infinitum, that has altered our perception of ourselves, our fellow men, and our world, by making the truth more diluted and obscure for each subsequent generation. It is and always has always been this way. So long have we, as the human race, lived under this all-encompassing, mega, multigenerational falsehood that we’ve come to believe its manifestations of lack, disease, anger and violence to be the truth. But these states of belief are actually like a thick fog that blankets the earth with a density so impermeable that there seems to be no escape, because one isn’t even aware of its existence.

It is the mindset of the planet as a whole. We live in it, under it, immersed and inexorably enmeshed within its twisted nature, which has now taken on a life force of its own. Billions of psyches have resigned themselves to it for millennia. We are born into it and we believe it to be reality.

There is a scarcity of love in hell. It is in the cruel word that twists a child’s developing mind to believe he is not worthy to receive and that he must never ask for what he needs. Hell is the fear and intolerance instilled in a once-tender heart that eventually imprisons that heart with immobility, turning it hard and cold and isolated as it seeks protection from further hurt. It is in the false assumptions and harsh criticisms continuously directed to a young, impressionable and gentle soul that paralyzes that soul’s ability to function and explore his uniqueness and place in the world with freedom, confidence and joy.

Hell is where there is nothing stable to hang on to and no one you can count on. It is where you don’t know yourself and where you are led to believe you are not even worth getting to know. It is a place of self-loathing that lies contrary to the ever-expansive, abundant nature of life itself.

How do I know about such things? Because I served time in hell and I lived to write about finding a way out in my book,

Fresh Out of Hell: Escaping the Negative Influences of Toxic Parenting.